On the first Monday of most months, actors and writers get together to test run new scripts at Sing For Your Supper.

As an actor, it’s a wonderful opportunity to play a variety of roles, as the parts are cast by the SFYS hosts. There is only enough time to read it through once or twice so the bar is low, though the performances are generally quite good. As someone who struggles with my short term memory, it is such a pleasure to be able to perform script in hand and focus on my performance instead of reaching for the right words.

As a writer, I have learned a lot about writing dialogue and setting a scene. In fact, I was inspired to write a script of my own last Spring for the first time, and it was a sheer delight seeing my words come to life. I’m now working on another script, that I hope I have ready to submit to the November or December SFYS.

The cherry on top is the community building that happens, by everyone having the opportunity to plug any upcoming shows (both at the show and on the Facebook page), and also organically in the conversations that happen before the show and during the break. While new people are always welcome, it is nice to see familiar faces.

The next one is scheduled for December 2, 2019 at the Tarragon Theatre. Hope to see you there! 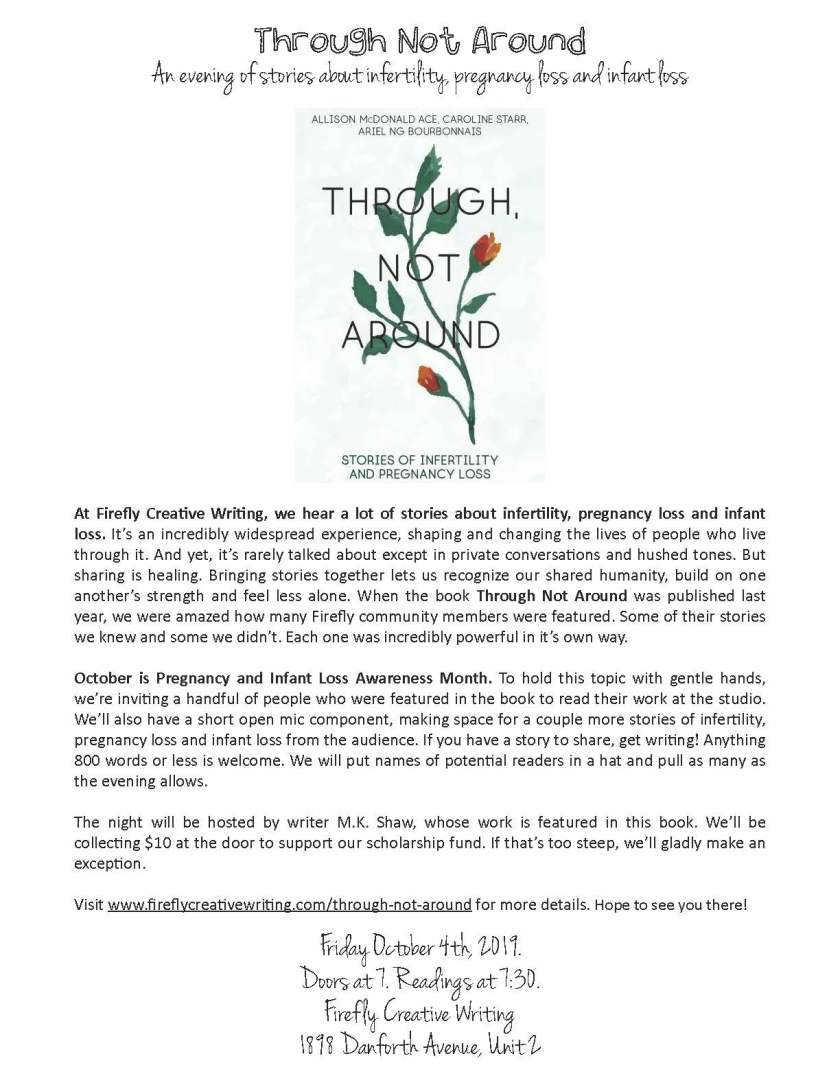